I just finished my first project of 2014, actually I finished it the day after the publication of the previous article, but so far I have not had time to take photos and write this article.

At the last minute I decided to change how to paint these ruins. The idea was to use the airbrush and finishing effects using oils. But I decided to do it all without using airbrush and oils. I wanted to know what I could do in a short time and with limited resources. If I use waste materials, why not to use the most basics on painting?

The idea was to make it faster and maximize the outcome, the key: the textures ...

All paint I used was a mixture of acrylic (Americana) water and wood glue. I used black, white, bone, green, cyan, Space Wolves Grey and a couple of shades of brown.

The first layer: a mix of brown and black, a bounteous layer that will coat well and affecting all the detail and hollows. 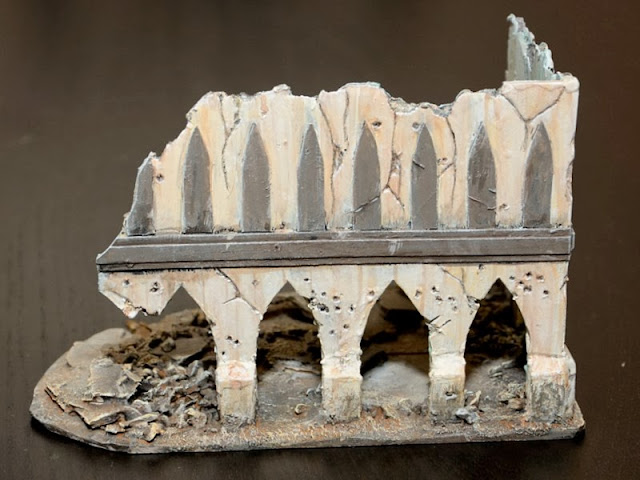 Once dry, I started the facade painting, first bone, then bone + white. The details in gray. Here, with the diluted paint, chopping with a medium brush in different parts of the facade and making stains from top to bottom, I used different shades: white, brown, gray, etc.. all mixed in different proportions to give a variety and texture. Also with a darker mixture I painted areas in which the moisture is concentrated.

I've painted interior walls with green + white + cyan, giving the appearance of Green hospital walls, old and faded. I used the same techniques of the facade but not so intensely. 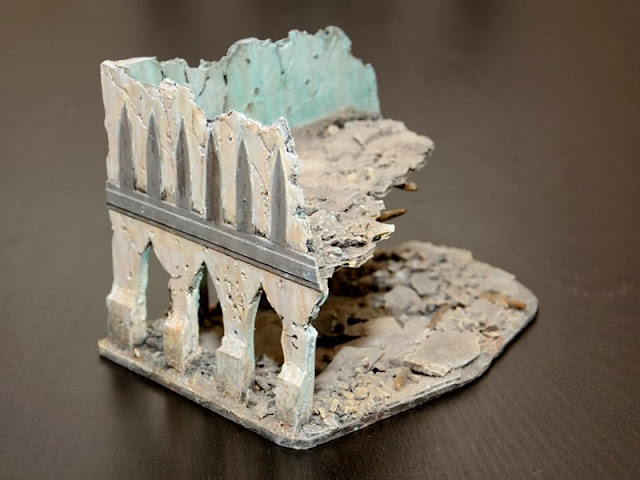 Then I painted what looks less: Floor tiles. I painted with a grayish white. For the rubble, I used gray with a touch of brown, first a base coat and then dry brush with bone or Space Wolves Grey depending on the area. All this combined with brown washes (ink or paint) mixed with black. Some of these washes also took the facade and interior walls to give a little contrast or just mess up more and more :)

I painted beams with different tones of brown, after that I make a brown ink wash. Finally, I used gray and sand pigments to make to look like there was dust everywhere which will give a touch of realism, though thus contrast lost, I think it's worth. 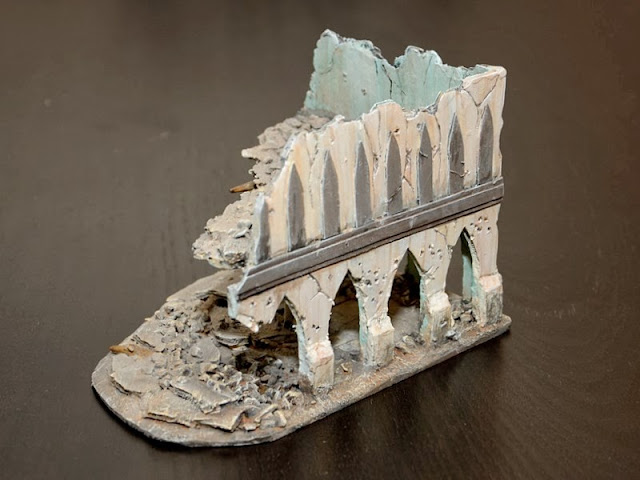 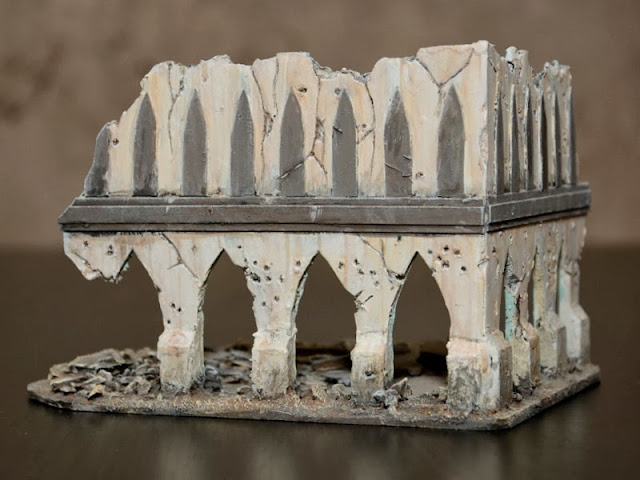 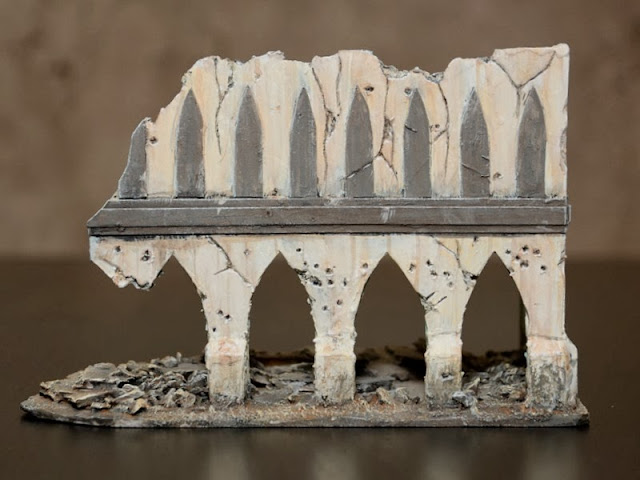 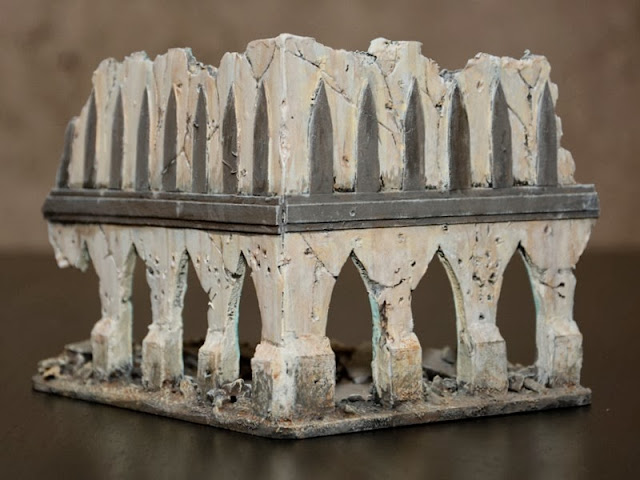 My next project: a small hill with a couple of walls in ruins. It will replace the ugly hill that I have in my box of scenery.
Publicado por Unknown